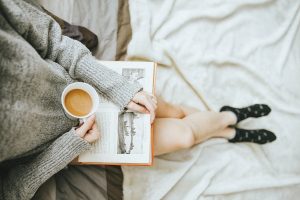 It’s been six months since I decided to stop drinking for 30 days. Some of you may have read my blog post about that experience. I have since decided to continue living my life alcohol free and it’s been the best decision I’ve ever made.

I was what’s referred to as a “gray area” drinker. Gray area drinking is described as the space between the extremes of ‘rock bottom’ and every-now-and-again drinking. The type of drinking I engaged in is very common. Problem drinking among women increased 84% between 2002-2013 and those are just the cases of actual diagnosed alcohol use disorders. In fact, some experts were calling women’s drinking habits a global epidemic long before the global COVID pandemic, and things have only gotten worse.

Our society has normalized problematic drinking so much that it makes it very hard to identify both for the person experiencing it and to anyone on the outside like friends, partners, or providers.

“Women have an intimate relationship with alcohol and as healthcare providers, we all need to learn to identify at-risk drinking in women so we can best address the social, emotional and industry factors that contribute to problem drinking,” said Katherine Cook, CHD’s Vice President of Behavioral Health. “Problem drinking is an equal opportunity issue and we as women need to question our relationship with alcohol. Our mothers, daughters and friends benefit from this exploration.”

Take for example all of the ads, memes, Instagram accounts, books, apparel, and decorative TJ Maxx signs that capitalize on the ‘mommy’ drinking culture. You’ve all seen them. “The most expensive part of having kids is all the wine you have to drink!” or “Wine… because yoga can’t solve all your problems.”  There was even a recent Tropicana orange juice commercial suggesting mimosas are the answer to pandemic parenting. “#TakeAMimoment to help make your mornings a little brighter.” A national ad encouraging moms to start drinking with breakfast. This messaging is everywhere. Just the other day I drove past a marquee outside a liquor store in my small town that reads “Wine is cheaper than therapy!”

I’m here to deliver a different kind of message. Without question, I am less stressed and an overall better version of myself now that I don’t drink. I’m a more patient mom, I’m a more attentive friend, I’m a more considerate daughter, and a more loving partner. I’m also much nicer to myself and I have more fun. I’m not saying that these things aren’t possible for women who still drink. I’m saying that a lot in my life has improved since I stopped.

“Women have an intimate relationship with alcohol and as healthcare providers, we all need to learn to identify at-risk drinking in women so we can best address the social, emotional and industry factors that contribute to problem drinking.”

None of this happened overnight of course, even though at first it kind of felt like it. I felt really amazing after the first 30 days. And then I kept feeling – all the feelings. I realized that I had used drinking as a coping mechanism for so long that I hadn’t sharpened any healthy coping skills in quite some time. I have always had mental health issues but for many years had washed them away with the day’s drink(s) of choice. I was lucky that I did not have a physical dependence on alcohol but my emotional dependence proved to be much deeper than I had ever imagined. I decided that I needed to devote as much energy to feeling better as I had trying not to feel anything at all.

If you’re considering an alcohol-fee life, or if you just want to try to replace a couple of unhealthy coping tactics, here are three tips:

I promise you that there is no such thing as small change. If you take the time to occasionally replace a habitual moment in which you would normally drink with something listed above instead, you will start to experience tremendous growth.