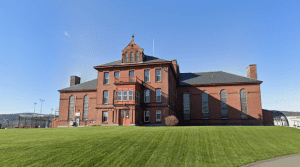 For many former prisoners transitioning back into their communities, the cycle of re-incarceration is difficult to break. And studies show that released inmates who have a substance use disorder (SUD)—often co-occurring with another behavioral health diagnosis—are more likely to end up back behind bars if they don’t get proper treatment and access to community services.

For the last three years, Shannon Hicks, clinic director of CHD’s outpatient behavioral health services in Greenfield, has been the clinical supervisor of a project funded by a grant from the federal Substance Abuse and Mental Health Services Administration and the Franklin County Sheriff’s Office to provide incarcerated individuals with a continuity of care—from the Franklin County Jail (pictured) to the community—to help them become less likely to re-offend, or resume drug use and possibly overdose.

“The clients we support who are transitioning out of a jail setting face a number of challenges, and whatever we can do to assist their success regarding struggles with addiction and trauma will help us build a safe and healthy community,” said Hicks.

The Helping End Addiction Long-term Franklin County (HEAL FC) project provides treatment for trauma, often an underlying cause of addiction. “Many justice-involved people have unresolved trauma issues—they’re not able to deal with what they experienced, and it impacts their daily functioning,” said Hicks.

In the project, CHD’s Greenfield Behavioral Health Clinic and the Community Health Center of Franklin County help individuals leaving jail navigate the healthcare system and assist with their re-integration into their communities. UMass-Amherst provides an evaluation component to HEAL FC.

On the Front Lines

Unfortunately, the availability of illegal drugs in Franklin County has grown tremendously over the years. “Franklin County is right on the I-91 corridor between Vermont and Springfield, and the State Police tell us at meetings this is one reason that it has become a hub of drug activity,” she said. Hicks has been on the front lines of fighting the opioid crisis in Franklin County for the past seven years as a member of several prevention and solution initiatives, including CHD’s Moms Do Care program, which provides mothers suffering from SUD with prenatal and postpartum recovery coaching and case management. 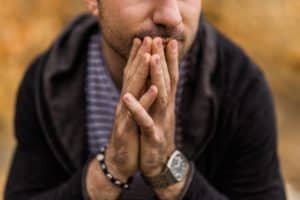 “There is a lot of generational trauma in Franklin County,” said Hicks. The county, which suffered a significant economic decline since its manufacturing heyday, has had particular problems recovering from the Great Recession of 2008. “Franklin County has really struggled as a whole over the last 10 to 15 years as far as the ability for people to find employment, and I think that’s contributed to a decline in mental health and an increase in substance use,” she said.

Compounding the opioid crisis is the fact that people with SUD are more likely to have a mental health disorder than those who do not, and that the rates of serious mental illness are four to six times higher in jails than in the general population, according to the Bureau of Justice Statistics. “Substances are readily available to the population we serve and put them in a place where they’re not addressing their trauma issues,” said Hicks. “When they’re under the influence they don’t have to deal with their emotions.”

In the HEAL FC project, several psychotherapies, including Dialectical Behavior Therapy (DBT), are used. DBT provides clients with new skills to manage painful emotions and teaches them to cope with unhealthy behaviors. “It’s a treatment that focuses on acceptance and change,” said Hicks. “Those are the two major principles in treating substance use disorders with DBT—the acceptance around the fact that this is something that needs to be addressed, and having the people we’re treating make the decision that they want to address it. But just because they’ve stopped using substances doesn’t mean that all of a sudden everything is going well in their lives. They also need to look at how they can address what is happening that causes them distress and discomfort—as well as relationships that are not healthy.”

The project also involves Medication Assisted Treatment (MAT), including Suboxone, which eases opioid cravings and flu-like symptoms associated with withdrawal. The Franklin County Jail began offering MAT in 2015 to great success: a study published in January 2022 by Baystate Medical Center and UMass Amherst—which included an evaluation of inmates in the Franklin County Jail—found a 32 percent reduction in recidivism when Suboxone was used.

“The Franklin County Jail was one of the first correctional institutions in the country to provide MAT services,” said Hicks. Franklin County Sheriff Chris Donelan also pioneered the use of DBT for inmates. “He then made the decision to partner with behavioral health agencies in the area to support that ongoing treatment, post-release,” she said.

After Donelan became sheriff in 2011, he saw that treatment programs in jail needed to be improved, and he insisted that follow-up care was necessary once prisoners were released. “Over half the people in our jail have an addiction to opioids,” said Donelan. “This is a community problem, and it needs a community solution. We are following the science closely and need to offer treatments that are shown to work.”

When Donelan began his program, the statewide opioid overdose rate was 120 percent higher for recently released inmates than for those with no history of incarceration, according to the Massachusetts Department of Public Health. That is partly because the inmates’ tolerance for opioids lessens, said Hicks. “Many incarcerated individuals think they can go back to using the same amount of substances they were using when they were arrested and sentenced, and that’s just not the case,” she said, pointing out that the first month after release is a high risk period for them. “Even though there is an education about this danger at the jail, they often return to using at the same level,” she said. “They are also provided with Narcan upon release, but what they end up using contains more Fentanyl and Carfentanyl. It’s just way more potent, and they are more likely to overdose.” 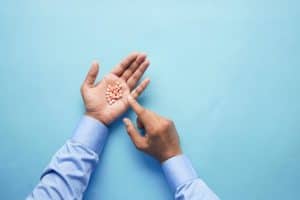 Donelan knew that in past studies, using MAT for people with opioid use disorder decreased the amount of overdose deaths. And, by offering evidence-based, trauma-informed treatment to help prisoners—focusing on the underlying mental health issues that triggered their initial substance use—he was confident there would also be a decrease in recidivism. Instead of referring to the Franklin County House of Correction as a jail, he calls it a “locked treatment facility.” As a testament to the success of the program, the Franklin County Sheriff’s Office invites graduates of the treatment program to its annual Christmas party, and 60 to 80 of them usually attend.

“We make a connection with the inmates prior to their release, and then offer post-release services,” said Hicks. “The idea is to do a ‘warm handoff’ from the facility into the community, and that will support a reduction in recidivism. So the behavioral health treatment is not a foreign concept to them. When they get out, they don’t say, ‘Oh God, I don’t want to meet with a random person and talk about my problems.’ They’ve been already doing the work and they’re open to it.”

In 2017, providing MAT and connecting ex-inmates to social services was seen as a factor in a 60 percent decrease in opioid-related deaths across Franklin County.

And now, with the latest study showing the effectiveness of Suboxone in reducing recidivism in inmates with opioid use disorder, the stage is set for other jails to consider offering the same services, according to Elizabeth Evans, the associate professor in the UMass Amherst School of Public Health who is measuring the project’s outcomes. Evans said the project reflects a shift in the approach to providing MAT to prisoners and recently released prisoners. “Historically, few criminal justice institutions have provided these medications during incarceration, or in preparation for a return to the community—in part because there was a belief that these medications don’t reduce the risk of recidivism and might even increase it in some way,” she said. “It turns out that this is a myth.”

CHD’s experience in supporting inmates was a factor in the agency recently becoming involved in another intensive re-entry project: Behavioral Health for Justice Involved Individuals (BH-JI), a program funded by MassHealth and the UMass Chen Medical School that supports people coming out of the Franklin, Hampshire, and Berkshire County Jails. 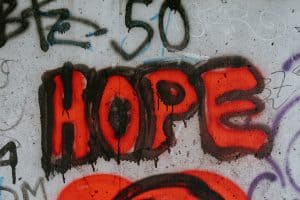 In the program, launched on February 1, 2022, CHD community support navigators meet with individuals before they leave jail to build a support plan, and will follow them once they are released for three to six months—with the initial 30 days being daily support visits. BH-JI navigators will connect participants to housing, medical insurance, mental health stabilization, substance use treatment, primary care, and MAT services.

MAT in a correctional and post-correctional setting has historically been controversial because several of the medications, including Suboxone and methadone, are themselves opioids. Some corrections officers fear inmates will sell it, trade it, or use it to get high. In the field of addiction treatment, there is a split on whether or not MAT should be used—many argue that it merely replaces one drug with another, and there is a belief that a person is not truly in recovery unless he or she is entirely substance-free. Hicks believes that used the right way, MAT can improve outcomes in people with addicted to opioids. “It may not be the most effective choice for every individual struggling with a substance use disorder, but for many, it helps, and should be available as a method of treatment for whomever may benefit,” she said.

In her career, Hicks has perpetually advocated for those who need support, and has always strived to remove barriers to care, which was especially evident in her leadership in the launch of the Greenfield Center for Wellness in 2018, serving as a liaison between CHD and the Community Health Center of Franklin County. She has worked at CHD since 2006, beginning as an extremely dedicated foster care case manager for our Children and Families division. In the past few years, her commitment to improving the lives of justice involved individuals has also been a labor of love for her.

“Having the ability to coordinate care and meet the needs of our most vulnerable populations is incredibly gratifying work,” she said. “The staff that do this work in our outpatient clinics show up for these clients when many other members of society have walked away from them. When we are able to set these clients up with the support they require to have a chance at a life that’s worth living, it’s a win for us and makes me so proud to be in the position I am in.”