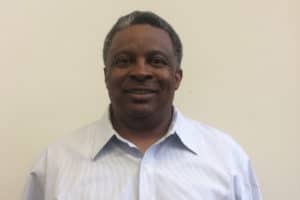 It’s a sunny day in late November. Skies are blue, but the wind whipping off Quabbin Reservoir is unforgiving.

Bob is in his element. Years ago, he launched a program to give boys in the Community Adolescent Treatment Program a chance to experience the great outdoors.

Some of the boys are reasonably dressed for the hike. Others are not, though they’ve been counseled. They quicken their steps out of necessity.

Sometimes it catches fire. Bob says program graduates even use outdoor exercise to help with smoking and drug cessation. They gain endurance, grow stronger, and pursue higher peaks. Others carry on the tradition with their own children years after leaving the system.

It’s always their choice whether to join the hikes. No one is forced, though they good-naturedly complain today.

“Bob J., hold up, man!” they call. Though he’s decades their senior, he sets the pace. His rotating groups of young charges have been on many hikes across Western Massachusetts. Sometimes, the terrain is challenging. Today, they’re taking easier paths.

The hike includes breathtaking views and peaceful vistas. They pause along the river to ask Bob about the fishing to be had. He tells the boys about fly-fishing and encourages them to try it someday.

“It sounds corny, but the best way to get to know someone is to go for a walk. There are very few distractions,” he says.

In this group, an 18-year-old nicknamed “Meech” is the clear leader. He had a rough upbringing and became ensnared in the juvenile justice system as an adolescent.

Meech takes advantage of most activities the program offers, but is particularly fond of hiking, which fall outside of typical extracurricular programs most juvenile justice programs offer.

“Before this, I don’t think I hit a sidewalk without shackles for two, maybe three, years,” Meech says. The program on Worthington Street feels most like a home, he adds.

Bob says Meech is like many of the boys who arrive there — untapped talents, untapped leadership potential. They need someone to expect the best of them.

With punishing winds whipping, the group comes to a crossroads: a meandering, paved path or a steep, rocky hill.

They choose, unanimously, to tackle the hill.