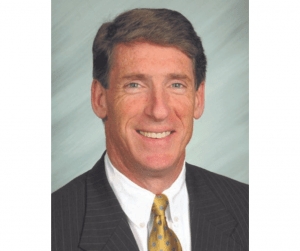 For John Dowd, becoming a volunteer with CHD’s Court Appointed Special Advocates (CASA) of Hampden County was the sum of many experiences, all of which have collectively inspired him to serve as a supportive figure for kids in his community.

Appointed by judges, CASA volunteers advocate for children who’ve been removed from their homes due to abuse, neglect, or abandonment. In 2019, John took on his role as a CASA in order to help protect the mental and physical well-being of children who have experienced immense hardship; to help them find a safe, stable home; and to help them thrive.

“I really wanted to connect, in some supportive role, to help kids,” John said. “I wanted to focus on those who had the most need, as an advocate, and I wanted to be somebody who had no agenda but to help them navigate life.”

As a CASA, John shares critical information with judges about children who have a protective case in juvenile court to help the judge see the full picture. In addition to sharing educational, medical and therapy records, he also meets with other adults involved in the case in order to make recommendations in the best interest of a child. More than anything, he is a consistent adult presence in the lives of kids navigating incredibly difficult situations. He’s someone who will listen. Someone who will help give them a voice.

John affirms that being able to make that connection with kids who need someone is rewarding, but he’s even more pleased to be able to have this impact in his own community, to which his family has long-established ties. Currently, he is the president and CEO of The Dowd Insurance Agencies. Established in 1898, the legacy of The Dowd Agencies spans five generations and holds the title as the oldest insurance agency in Massachusetts under continuous family ownership. Two of John’s three children—his sons—also serve as account executives with the company after being inspired in their own career pursuits, which, ultimately, led them to the family business.

John affirms that his kids have inspired him, too. His experience coaching them throughout their time in youth sports was one of the experiences that led him to consider the impact he can make for other kids across the community, particularly kids and families who faced challenges and needed added support.

“I really got to know my kids’ friends, the kids I coached, and in some instances I met kids who had trouble in their home life,” he said. “Beyond the sports side of things, I would talk to them and see if they would open up or at least make sure they know someone was there for them, that they had someone to lean on.”

When his coaching role ended as his kids grew, John felt a void open in that part of himself. He still wanted to help kids in need: to remind them that, no matter what, someone was looking out them. After some time searching for ways to fill that void, John found CASA. At once he was inspired by the work they do and the impact they make for kids in need of support. It was the perfect fit.

Once he completed the multi-week training program, John was prepared to take on his first case: a young girl who had been placed in foster care after a litany of challenges at home. Navigating these challenges was a traumatic experience for the child, so as her CASA, John worked to help her find stability and provide support.

“I was blown away by how the system works and how easily a child can get lost in it even while there are so many people involved in their case,” John said. “That’s why a CASA is an enormously important role: they don’t have any other agenda but to help the child. It has been a pretty remarkable and eye-opening experience.”

In addition to the advocacy he provides in legal settings, John also provides support in other ways. When he learned the child was an avid reader, he began bringing her books, which they discuss at length. He’s also helped her find enjoyment in outlets like athletics, which has helped her build confidence.

Beyond that, she knows she can turn to him. She calls him when she needs to talk, and sometimes just to say hello. At first, she took small steps in opening up, but over time, John has seen her take larger strides toward thriving. In that time, he’s also made a commitment to himself—and to the work—to carry it out as long as he’s able to.

“I think it’s important that everybody have something like this in their life because it gives you such important perspective, and not only because of how it serves you—that’s a byproduct—but the little thing you did in somebody’s life that made a difference. That’s important.”

We Give Kids a Voice In The Courtroom

Since 1977, Court-Appointed Special Advocates (CASA) have been speaking up for kids who can’t. CHD’s CASA of Hampden County advocates for local children being placed in foster care or searching for permanent homes to help them find stability and thrive.

Find out how you can make a difference as a volunteer, or sign up for an info. session.