Finding affordable housing and fighting food insecurity are daily priorities at CHD. These basic living essentials are vital to the health of our communities.

We understand the challenges that low-income families face, from holding on to safe housing to keeping everyone healthy. When money is tight, one unexpected emergency can derail everything.

If you’re homeless, in danger of losing housing, or don’t have enough to eat, please reach out today. We connect people to emergency housing and food assistance programs throughout Western Massachusetts.

As head of your household, you know what’s best for you and your children. We’ll help you find the resources you need to safeguard your family’s health and get back on solid ground.

Please call this number for information about programs, services, and more. 24 hours a day 7 days a week.

Please call this number for information about programs, services, and more. 24 hours a day 7 days a week.

In Massachusetts, more than 600,000 people are struggling with hunger. 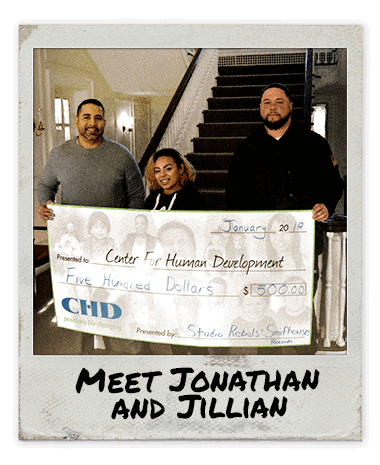 After tragedy, a heartfelt donation

Jillian was captain of the cheerleading squad and president of her high school class. She was used to attaining her goals and worried life was stalling in the South End.

“It was supposed to be a stepping stone, but we just weren’t stepping,” Jonathan says.

Then tragedy struck. While attending a concert at the now-shuttered Paramount Theater on Easter Sunday, shots rang out. Someone was firing wildly into the lobby.